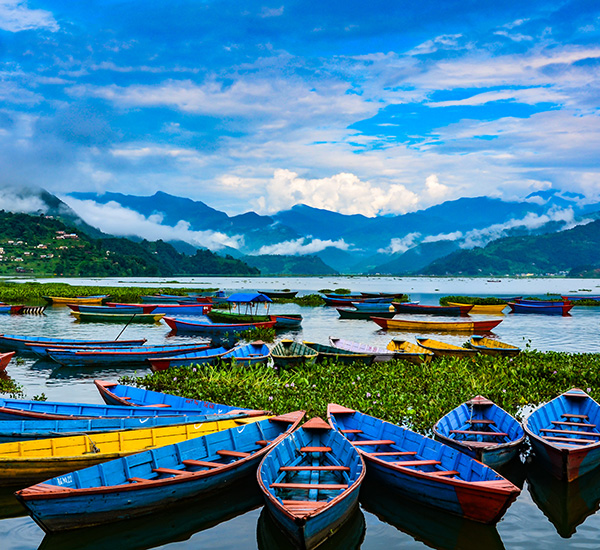 This trip is not like other trips that take you to the monuments and temples; it is much more than that! That said, you will not miss out on popular places like Kathmandu Valley, Pokhara – the City of Lakes, and Chitwan National Park. What makes this trip exceptional is the offbeat activities of experiencing nature and the culture of the country. Our handpicked experiences will include an exclusive interaction with Ex- Kumari of Patan, a visit to the school, which is made with bamboos, beautiful walking trails to see the landscape, explore the culture and last but not the least watching the Mount Everest from a mountain flight! 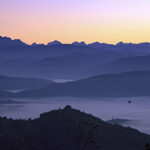 Arrive Kathmandu. On arrival, you will be greeted and assisted by our representative and transferred to the hotel. (Rooms will be available from 1400 hrs) Kathmandu – It is the capital city of Nepal. Kathmandu is a valley surrounded by four hills- Fulchowki, Chandragiri, Shivapuri and Nagarjun. Kathmandu valley has threee major cities Kathmandu, Bhaktapur, Patan. […]
View More 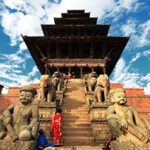 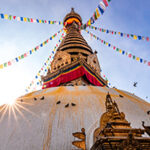 Early morning take Flight to Mt. Everest – Take early morning flight to experience Everest from mere 20 miles from your window. Enjoy view of Himalayan peaks, lakes and glaciers. After the flight, return back to the hotel We will visit the city, which includes the Durbar Square, the Hanuman Dhokha, the Temple of the […]
View More 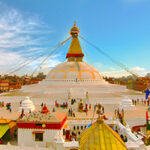 After breakfast, enjoy sightseeing as per following Pashupatinath: Situated 5 Kilometres east of Kathmandu city, Pashupatinath temple is one of the holiest/sacred Hindu temple dedicated to Lord Shiva. Situated amidst a lush green natural setting on the bank of the sacred Bagmati River, the temple built in pagoda style has gilded roof and richly carved silver […]
View More 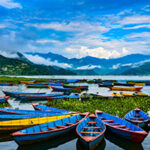 After breakfast transfer to airport to fly to Pokahra Pokhara: The rare combination of snow-clad peaks and snow fed lakes and rivers has helped to make the valley of Pokhara (210kms/131 miles from Kathmandu) one of the most picturesque natural attractions in the kingdom. The altitude of Pokhara varies from 780 m to 1350 m. […]
View More 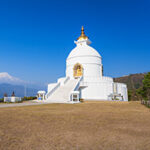 Early morning enjoy Yoga in the Hotel. Enjoy an interesting 03 Hour walk to peace pagoda. World peace pagoda: This Pagoda is situated on the top of a hill on the southern shore of Fewa lake. It has four images of Buddha facing in four directions. The Pagoda is an impressive sight and its hilltop […]
View More 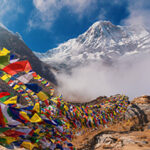 Early morning enjoy Bird watching tour for about 01 Hour. The forest area near the Tiger Mountain resort is great for Bird watching. Return to the Hotel for a late breakfast. After breakfast guests can enjoy Mountain biking (03 Hours) or can enjoy a nice walk to Thuloswara village and Bijaypur River. Drive till a […]
View More 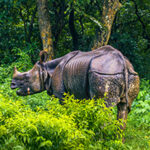 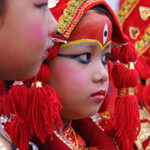 After breakfast transfer to the Airport to board a flight for Kathmandu. On arrival in Kathmandu drive to Patan. On arrival enjoy interaction with Ex-Kumari of Patan. Kumari or living goddess – Nepal has the tradition of worshipping young pre-pubescent girls as manifestations of the divine female energy or devi in Hindu religious traditions. It […]
View More 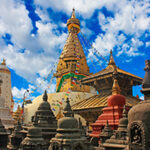 After breakfast transfer to the Airport to board a flight for your onward destination or back home. (Room will be available till 1200 hrs only)
View More
Enquire