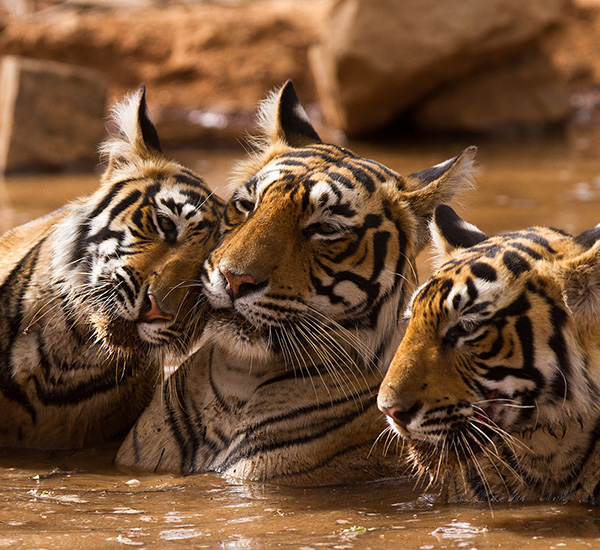 Sustainable tourism is a way of travelling, where travellers respect the culture, environment, and people of the destination. This beautiful itinerary takes you to the most sought-after places but in a sustainable way. You will visit the famous Golden Triangle of India along with Ranthambhore, which is famous for Royal Bengal Tigers. We are not in a hurry to spot a Tiger – as we stay there 03 nights! Explore Ramathra, which is a beautiful fort located in a small village. Travelling to a country is not only about visiting monuments and cities; it is about indulging yourself in the local culture and exploring offbeat places. This trip allows you to understand and respect the culture through some of the handpicked experiences like interactions, walks, local food, workshop, unique cafe, and rickshaw ride. 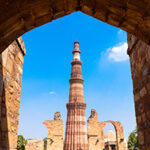 Arrive in Delhi. On arrival, you will be greeted and assisted by our representative and transferred to the hotel. (Rooms will be available from 14:00 hrs)  DELHI – It is a city that bridges two different worlds. Old Delhi, once the capital of Islamic India, is a labyrinth of narrow lanes lined with crumbling havelis and […]
View More 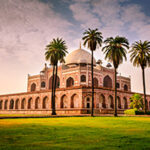 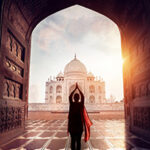 After breakfast drive to Agra. AGRA – The city of the inimitable “TAJ MAHAL”. The architectural splendour of the mausoleums, the fort and the palaces is vivid reminder of the opulence of the legendary Mughal Empire. While its significance as a political center ended with the transfer of the capital to Delhi in 1634 by […]
View More 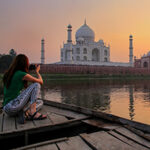 Sunrise visit Taj Mahal.  Taj Mahal Taj Mahal or Crown of Palaces is a white marble mausoleum, built by Mughal Emperor Shahjahan as a memorial to his beloved wife Mumtaz Mahal. A world-renowned wonder, Taj Mahal looks the same from all the four sides and is widely recognized as “the jewel of Muslim art in […]
View More 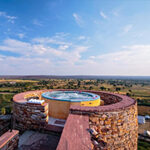 After breakfast drive to Ramthara. Ramathra – The name Ramathra honours Lord Rama, who, it is believed, camped here while on his epic journey to Lanka. Today, Ramathra Fort belongs to Thakur Brijendra Raj Pal and his family who are descendents of the founder the King of Karauli. Ramathra lies between two of India’s internationally famous […]
View More

Enjoy a Ramathra Village Trail – A complete walking tour of Ramathra village, a small hamlet of farmers and cattle herders, takes about 3 hours. You see all kinds of work associated with tending crops and animals. Rest of the day is at leisure. In the evening enjoy a Boating experience At Sunset – In […]
View More 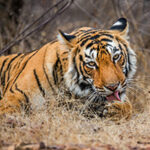 Today early morning Bird Watching. There are a variety of species of birds seen around the Fort & Lake .Bird watching can be done at the lake, at the marshes below the fort or during your walk to the village After a late breakfast drive to Ranthambhore.  RANTHAMBORE – Ranthambore National Park is one of […]
View More 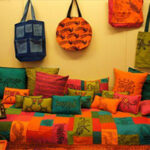 Early morning enjoy a Game safari in Ranthambore National Park. Afternoon visit Dasktar Project.  Visit Dastkar Ranthambore Project, founded in 1981 by six women united to protect India’s traditional artisans. Meet with artisans and have an interaction with them and understand their work and way of life. Overnight in the Hotel.
View More 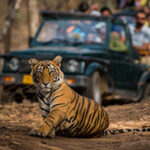 Today early morning enjoy a beautiful walk of Ranthambhore Fort Today enjoy an interesting walk to Ranthambore Fort. We will drive through the Jungle, just to reach our starting point of the walk, from where steps to Fort will start. There are more than 300 steps to reach the top of the fort. The height […]
View More 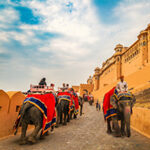 After a leisurely breakfast, drive to Jaipur. JAIPUR – The fascinating capital of the marvellous state of Rajasthan. Jaipur is popularly known as the Pink City, thanks to the colour of its buildings. It was built in 1727 A.D by Maharaja Sawai Jai Singh II, followed a grid system, which made it the only planned […]
View More 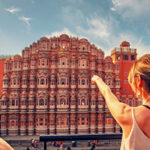 After breakfast Proceed for visit of Jaipur including following: Enjoy a cup of tea at one of the best Chai shop in Jaipur. Photo stop at the Hawa Mahal Palace – The poet king Sawai Pratap Singh built this palace of winds. This is easily the most well-known landmarks of Jaipur and is also its […]
View More

Early morning enjoy Yoga in the Hotel. Drive to Delhi. Arrive Delhi and connect to airport to board the flight back home with sweet memories.
View More
Enquire