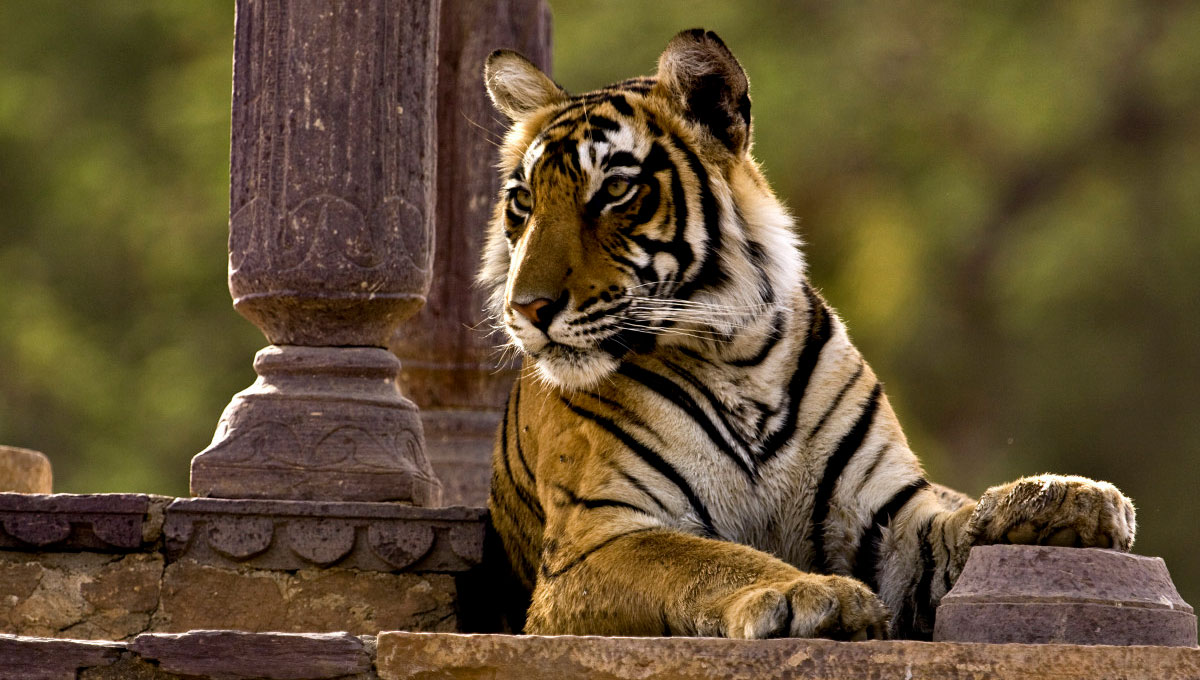 On the tiger trail in India

It was the opaque green copse of trees that drape the forests of India that got stalwarts like Rudyard Kipling interested in the wild lands of the country. It is here that he conceived the famous book, The Jungle Book. The soothing shades of green and the wild backdrop of almost 21% of India is ideal for a cathartic experience for both animals and travellers who want to see them. Amongst these, the Bengal tiger is the most special and has played a vital role in the economy by channelizing profitable wildlife tourism for decades. Here are some of the most well known tiger sighting spots in the country.

Kanha National Park
Thick undergrowth and towering teak forests is the insignia of Kanha National Park in the belly of India, the state of Madhya Pradesh. Roam the forest and tracks some of the most celebrated names of the striped tigers. Of all the other animals that have made these Central Indian forests their home, the Royal Bengal tiger holds a special place for the travellers. The tiger has been in the spotlight for conservation for the last decade. No wonder, there is heightened sightseeing drama when one of the safari jeeps spots one. The rest naturally follow.

Jim Corbett National Park
Amongst those who roam the dense swathes of teak and mixed forests in the lower Himalayan national park named after conservation list Jim Corbett, are leopards, Indian Gaur, dholes, sambar, nilgai, monkeys, jackals, wild boars, swamp deer and more. But amongst all of these, the tigers hold sway within the million shades of green. No wonder, for the wildlife enthusiast, a trip here is exceptionally exciting.

Ranthambore National Park
On the most treaded circuits of national parks that make for the more well-oiled tourist trail, Ranthambore features quite high up. The park was a former hunting ground for the Maharajas of Rajasthan, but transformed into one of the most well-kept and organised sanctuaries for the animals as well as the visitors. The tiger is one of the main highlights here. Along with the sighting charm, lies the lure of history for visitors. Some of the prominent landmarks include the ancient 10th-century Ranthambore Fort and the Ganesh Mandir temple.

Tadoba National Park
Propagating the agenda of Project Tiger as a leader in the conservation programme, Tadoba National Park is the oldest one in the state of Maharashtra. With a large number of luxury wildlife themed properties with chic amenities and facilities available, jungle holiday is far from roughing out. Despite that, many of them are eco-conscious and work in tandem with the Government to bring about awareness in the locals by offering employment and amidst the travellers with workshops, movie screenings and talks. But the most awaited thing is the sight of a tiger during the safaris.

Sundarbans National Park
Wedged in the delta of the Ganges River, the Sundarbans National Park contains the world’s largest area of mangrove forests. These house a variety of endangered species. It is the lure of tigers, aquatic mammals, birds and reptiles that brings a number of travellers to this unique wildlife park. Everything you hear about tigers in this region is in superlatives. And only when you spot one is when you know that it’s not uncommon for your breath to stop as the majestic creature walks by.