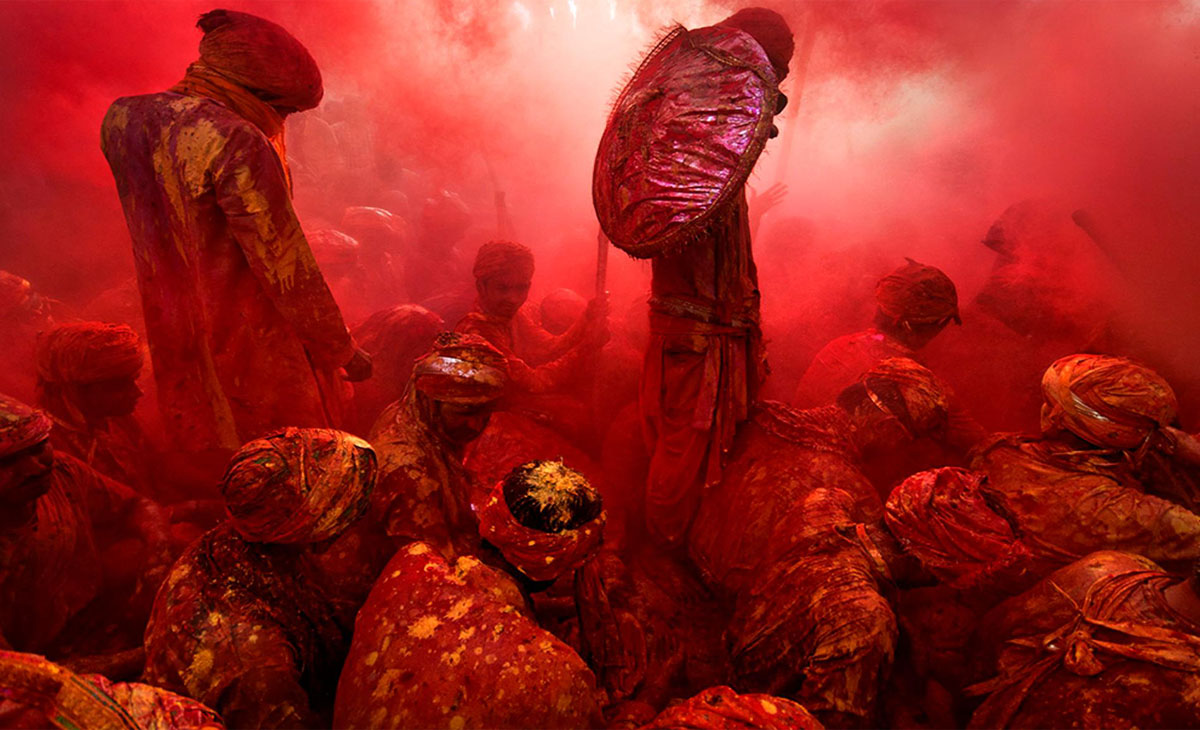 Places to Visit for Holi

Holi is popularly known as the festival of colours and is celebrated to mark the arrival of spring and harvest time. It falls sometime between the end of February to mid-March. It is celebrated by smearing colour on each other and throwing coloured water on each other on the day of holi. On the eve, an effigy of Holika, is burnt and pujas done.

The effigy is a symbolic effigy made of leaves and hay and marks the burning of Holika, the evil aunt of Krishna who had been sent by her brother to kill an infant Krishna. She had tried burning him but had gotten burnt instead when the cloth meant to save her from fire flew and fell on the child. A Bacchanalian festival, the intoxicant bhang made of cannabis flowers and leaves, milk, water and spices is also prepared and drunk. In this blog, we tell you about the places you should be in to make the most of this festival.

Dwarka, Gujarat
In Dwarka, Gujarat, the festivities start at the Dwarkadeesh temple and spread to the city. The celebrations include city-wide comedy and music festivals. People can be seeing greeting each other throwing colour and water at each other, singing and dancing. Special gujarati delicacies such as gujiyas are made for guests as people visit each other.

Barsana , Uttar Pradesh
Barsana, near Mathura in Uttar Pradesh is considered to be the birthplace of Lord Krishna. Holi is celebrated here in a distinctive style. Men come from neighbouring Nandgaon and pretend to take over the temple of Shri Radhikaji. They are stopped by women wielding sticks and the men can only throw colours at them in retaliation. Some men are caught and made to wear women’s clothes and dance but this is all in jest. Legend has it that Lord Krishna used to be meted the same treatment. Tables are turned on the next day and the men of Barsana drench the women of Nandgaon in water and colours and the air is rent with holi songs.

Kumaon, Uttarakhand
Kumaoni holi celebrations in Uttarakhand are different from the rest of the country in that they are more festivals of music than of colours and they last for almost two months. The tradition of such long celebrations has been carried out since the 15th century. The gatherings are of three kinds: Baithaki holi or sitting holi, Khari Holi that involves more playful songs and Mahila holi or gatherings of women. The celebrations culminate in playing with colours. Special dishes made of potatoes and sweet fried dumplings made of nuts called gujiya are also made.

Delhi
Delhi celebrates holi in style. Being the capital, it has a huge expat crowd and there are holi parties that are best suited for their needs such as the Holy Moo Festival or the Holy Cow Festival as it was cold earlier. The parties are replete with street food, thandai and of course, organic colours. For unrulier, wilder parties, one can go to Paharganj.

Jaipur, Rajasthan
Holi in Jaipur used to be marked by an Elephant show every year till 2012. Elephants would be painted on and dressed in colourful clothes and beauty contents, polo games and dances were organized with them. However, these shows were cancelled after protests by animal rights activists and now, Rajasthan Tourism organizes a holi festival in Khasa Kothi Haveli with Rajasthani folk music and dance and colour. To make the most of holi in Udaipur, join in the royal processions on the eve of Holi where the effigy burning is accompanied by folk dances, songs, fireworks and food.

In Varanasi, holi is the most colourful with celebrations going on till noon. A lot of people play with colours, mud and even dung. In the evening, revellers meet at the ghats to sing, dance and chat.