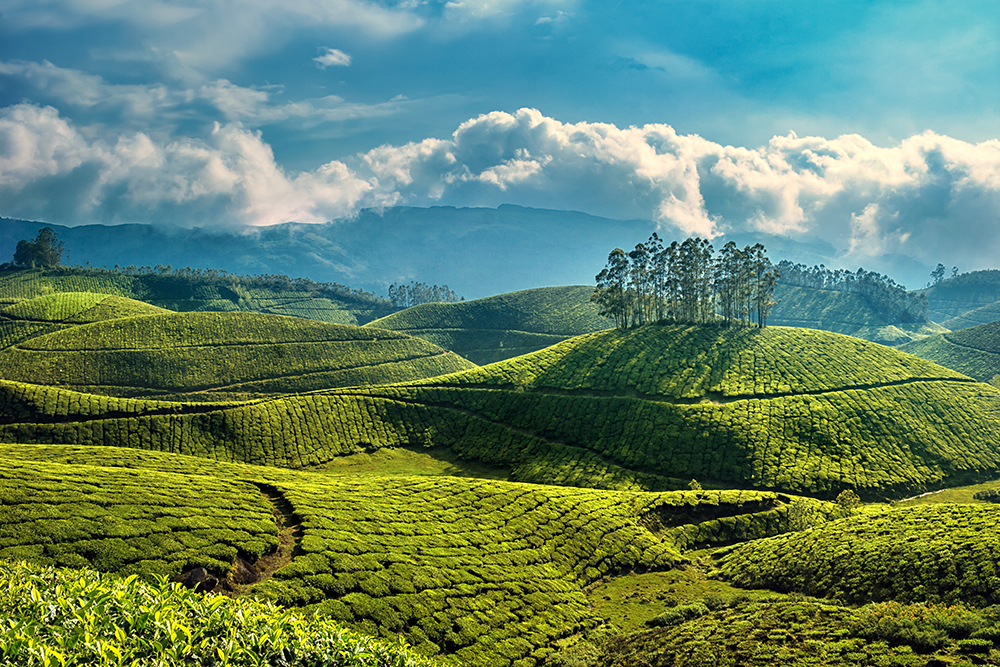 Tea or “Chai” as it is called in India, is part of Indian culture. Indians relish having tea & feel refreshed & energised after having a cup of the drink. “Chai” is a drink which is always welcome by people in India irrespective of the time of the day or occasion. It serves as a perfect welcome drink for the guests. In fact, the “Masala Chai” of India is famous throughout the world. 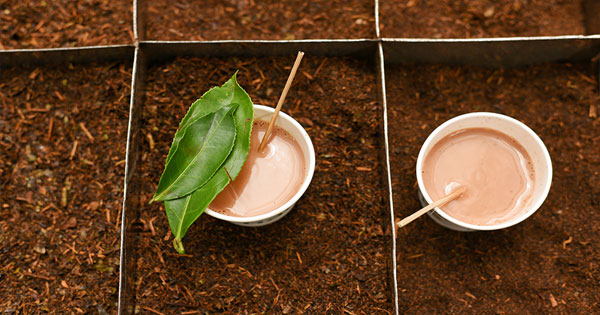 The existence of tea in India is believed to be historic wherein tribes in Assam used the tea leaves for medicinal purposes and as an ingredient in the food. However, it got its birth as a recreational drink with the British’s initiative in the 1800s, who were the tea’s largest consumer. The possibility of growing tea in Assam (assamica seeds) lit the hopes of meeting their tea consumption needs and breaking China’s monopoly, which was the largest tea producer at that time. They tried these seeds in Darjeeling, which served as their hill station while they were ruling from Kolkata. The failure of assamica seeds to grow due to climatic conditions different from Assam made way for Camellia sinensis brought from China. As the terrain and climatic conditions were similar to those of China, seeds performed well, and soon Darjeeling was famous as one of the finest quality tea producers surpassing China. The success inspired them to explore more regions to increase the tea plantation cover.

Initially, tea was not accepted by locals in India, and only after many years of promotion, they got used to it. Today it’s like a part of our routine. Tea tourism is also among the most favoured among the tourists because of the visual treat it gives along with green surroundings amidst nature. Tea estates converted into hotels offering accommodation in the middle of tea plantations is just an out of the world experience. Activities like walking or hiking through these plantations, tea plucking take you closer to nature surrounding the area, where the chirping of birds, cool breeze, streams, and breath-taking views will leave you amazed. It also gives a chance to visit a tea factory and see how different tea types are produced from the same plant. Tea tasting sessions will tell you how different flavours can be achieved.

Surroundings of some tea estates or gardens also provide an opportunity for rafting, camping, or Golfing. With time, many tea plantations came into existence. However, Darjeeling, Assam, Nilgiris, Munnar, and Palampur Tea gardens have the most sought after teas.

Darjeeling tea is the most sought after among all the teas found in India because of its quality. Its unique flavour and aroma are attributed to its higher altitude. The teas produced here are believed to be grown at the highest elevation in the world. While the use of machines, modern fertilizers, and pesticides helps in rapid production, it leads to problems in the hilly region like slope instability, soil erosion, and depletion. For those reasons, Darjeeling still follows the old traditional methods. Orthodoxly, it is still produced and cultivated with hands completely. While this prevents them from good quantity, it helps them achieve quality tea in the world. 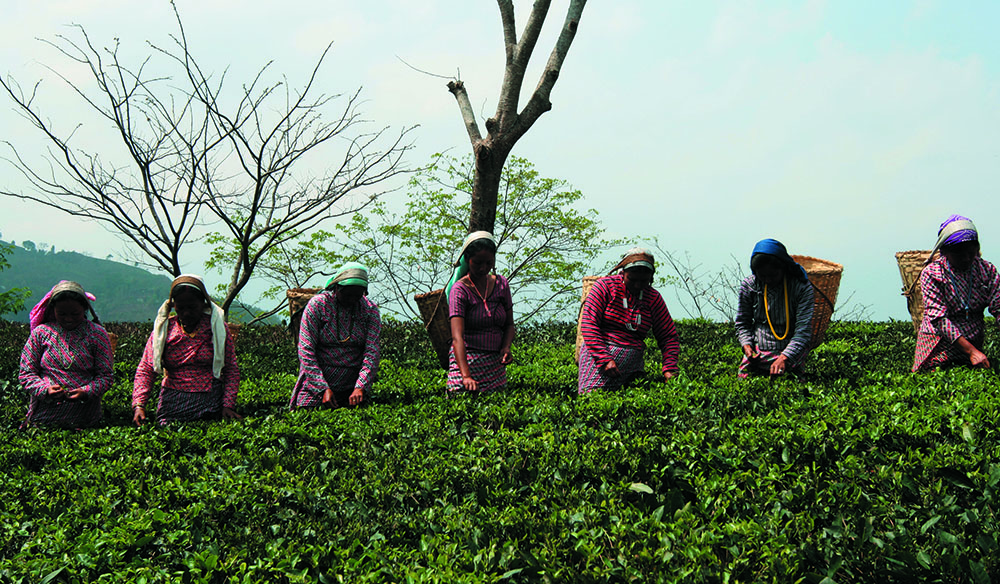 Darjeeling teas get three-four flushes in a year between mid- March and November at defined intervals. Each of the flushes gives a different form of teas like black, oolong, green, and white. It is because of its uniqueness and quality; it is termed as ‘Champagne of teas.’ The teas harvested in the first flush are expensive over the harvest of the flushes followed.

While you always have an option to stay in a tea estate, there are many estates that you can visit without staying in it to have a first-hand experience. A joy ride on a narrow-gauge heritage train is another way to admire the natural beauty around you in Darjeeling. It passes through the picturesque gardens with views of the Kanchenjunga peak.

This joy ride takes you to another attraction- Ghoom Monastery, 1850 built Tibetan monastery with 15 feet statue of Maitreya Buddha. While in the mountainous region, we can imagine how rewarding the visit to the Himalayan Mountaineering Institute & Museum would be. While the place has good treks in tea plantations and hilly terrains, you would also love to plan some picnic lunches beside the streams and explore the beautiful small habitation around it. Those who love boating, Mirik Lake, will quench their desire. A trek around it is also among the most sought after. Darjeeling also has a Himalayan zoological park for wildlife lovers. 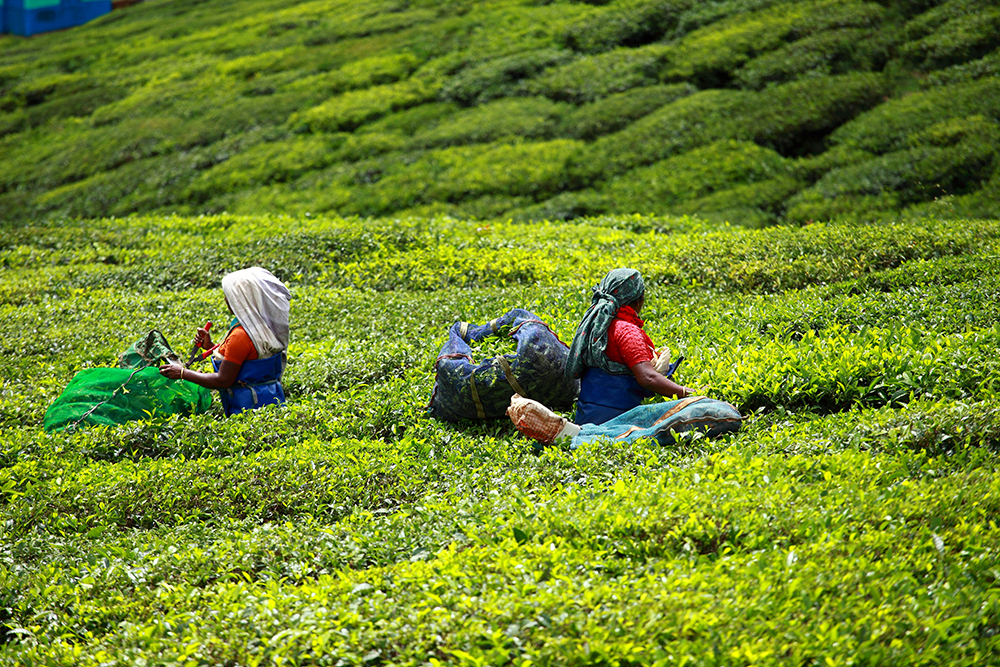 Popular as a breakfast tea, Assam tea is well-known for its malty taste. While green teas and white teas are also produced here, it is famous for the black tea produced in higher quantities. Having an advantage of lowlands, it has the highest production of tea. The leaves of Assam tea are almost double of Darjeeling tea. It is one of the world’s largest tea-growing region considering production. Another unique thing that is followed in Assam tea gardens is its work time. Considering the early sunrise in this region, the British formed a system wherein they set the local time one hour ahead of IST and called it “Tea Garden Time” or Bagan time. Unlike Darjeeling tea, it is harvested in two flushes only, between March and November. Another characteristic that contradicts Darjeeling Tea is that Assam tea’s final flush gives the superior quality tea. In contrast, in the case of Darjeeling tea, it is the tea received in the first flush, which is considered superior. Assam tea is believed to boost energy and mental alertness. Some studies also link Assam tea’s consumption to reduce cancer risks.

Apart from Tea Gardens, Jorhat city is not only famous for the world’s oldest and largest tea research centre- Tocklai Experimental Station, but it is also well known for the country’s only wildlife sanctuary- Hoollongapar Wildlife Sanctuary. The wildlife lovers can spot Bengal Slow Loris and Hoolock Gibbons. You can also visit the tribal villages around it to know more about their culture, and surprisingly, some of them are still making tea practising traditional methods. Another major attraction of the town is the Annual Tea Festival, which is celebrated between November and January, attracting visitors from all over the world. When you plan for tea exploration in Jorhat, do not miss to reserve a few days to discover the beauty of the rest of the Assam- Kaziranga National Park, Majuli Island, and many more.

Grown in the Nilgiri Hills in the western ghat mountain region, Nilgiri tea is known for its dark and aromatic characteristics. Although it comes third to Darjeeling and Assam tea, it also has its audience and is quite popular among North Americans. 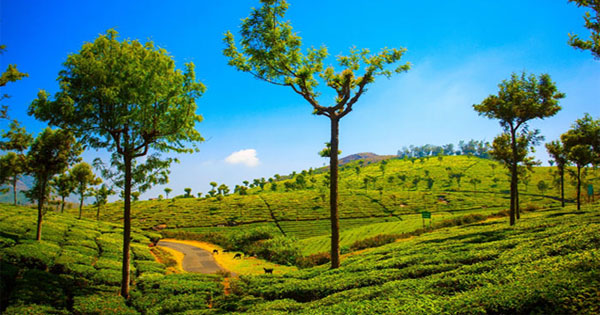 After getting success in Darjeeling and Assam, the British experimented with planting tea at many other places to increase the production, and Nilgiri’s soil was found suitable for the same. The climatic conditions of the region attribute to its fragrance and flavour. As Nilgiris tea also originated from Chinese seeds used in Darjeeling, it is also harvested in 03-04 flushes. Antioxidants, catechins, and polyphenols present in this tea help combat many health problems like heart diseases, cancer, high blood pressure, etc.

The Blue Mountains around tea plantations add to the beauty of the area. The best way to enjoy the breathtaking views of its peaks and the vegetation is to board the narrow gauge toy train. It’s not only the surroundings that attract but also the weather that is mostly cloudy, drizzling, and cool. Imagine the thrill of trekking in such a beautiful canvas of nature. Do not miss to add the Botanical garden and Madhumalai wildlife sanctuary to your list. The botanical garden also hosts an annual flower festival in May.

Unexplored until the 1870s, Munnar was noticed by the British officer John Daniel Munro. He was mesmerized with this wild and virgin region; he leased out the region from the royal family who possessed it. After trying some other crops, he realized the soil’s potential for tea plantation, and another tea plantation was developed. Its higher altitude contributes to its taste and biscuit-like aroma, though the origin is the same as of Darjeeling or Nilgiri teas. This place also hosts “India’s first tea museum”, which can impart a lot of knowledge about the journey of tea from the plantation to your cup. 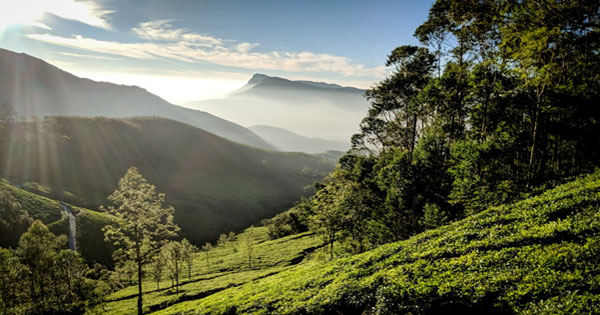 When in Munnar, you can explore multiple treks that start from the tea plantations lead you to hills’ peak gifting breath-taking views. You will feel too close to clouds enjoying the chirping of birds. Streams and few waterfalls around it also garnish the beauty of Munnar. While a visit to the Tea plantation and tea factory will give you an insight into how tea is grown and processed before it reaches your cup, a visit to Museum will take you back to its history as well.

With several lush green tea gardens, Palampur is known as the tea capital of Northwest India. Here, the tea’s superior form with unique colour and flavour produced is attributed to the region’s climate and geographical conditions. The majority of tea cultivated here is black tea with a very small proportion of Green tea. This tea plantation was also a part of the British’s experiment drive to increase the tea production area in India using hybrid Chinese seeds.

Your visit to the tea plantation will also give you a chance to explore the surroundings of this beautiful hill town. Enjoy some beautiful treks, and try paragliding at Bir Billing. Kangra Toy Train, which passes by Palampur, is a beautiful ride to absorb small villages’ feel and natural beauty surrounding Kangra Valley. Another important highlight of the Kangra valley is its temples.