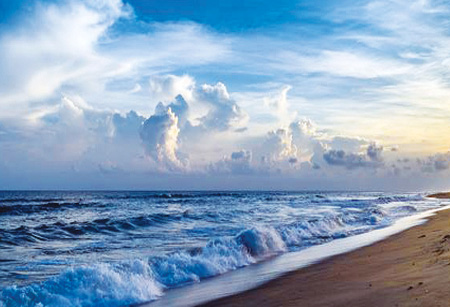 All the eight beaches of India that had been vying for the Blue Flag certification have been awarded the coveted international eco-label.

India was also awarded a third prize by the international jury under the ‘International Best Practices’ for pollution control in coastal regions. “It is an outstanding feat considering that no Blue Flag nation has ever been awarded for eight beaches in a single attempt,” Union Minister of Environment, Forest and Climate Change, Prakash Javadekar, said in a tweet message, adding, “This is also a global recognition of India’s conservation and sustainable development efforts”.

“India is also the first country in Asia-Pacific region, which has achieved this feat in just about 2 years’ time,” Javadekar further stated in another tweet.

With this, India is now in the league of 50 Blue Flag countries and the ministry intends to take this count to 100 beaches in the country in the next five years.

The Blue Flag Global website describes the mission of Blue Flag, accorded by the Foundation of Environment Education, FEE Denmark, as an initiative to “promote sustainability in the tourism sector, through environmental education, environmental protection and other sustainable development practices When owners/operators of beaches, marinas and boats are awarded the right to display the Blue Flag, it is because they have satisfied FEE that they complied at the time of award with a number of stringent environmental, educational, safety and accessibility criteria.”

It further states, “Following the award, the owners/operators accept full responsibility to ensure continued compliance with all of these criteria. While FEE may carry out checks of sites from time to time, neither FEE, nor any of its officers, members or jury members accept any responsibility to any person in the event of any non-compliance.”