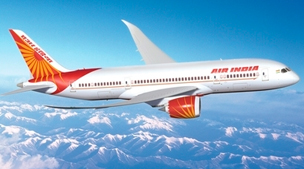 Air India, India’s International carrier, has announced its plan to double its direct non-stop flights between Delhi and San Francisco (USA) from three times a week to daily during the winters. According to a news report, a senior Air India official said, “This flight has clearly proved that it does not take years to develop a route. We are flying planes with average 88 per cent loads and are also meeting the total cost of the flight. We are going to make it a daily flight most likely from November.” Air India, which launched this flight last December, is the only airline that flies direct on this route.