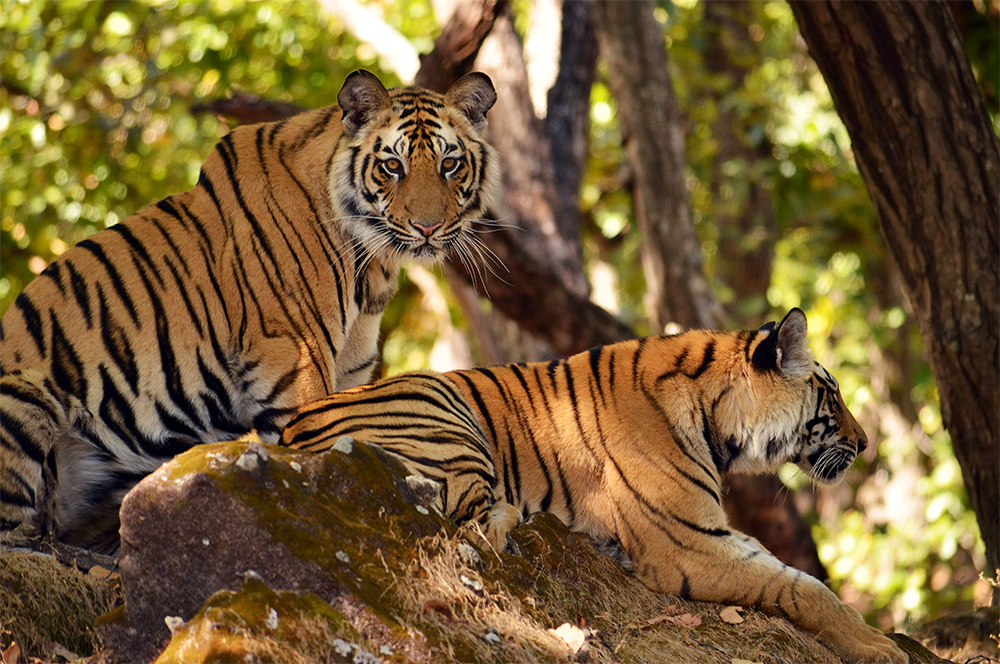 All India Tigers Census Number Up

With Today’s publication of the All India Tiger Census by the Narendra Modi, the Prime Minister – on Global Tiger Day –  with a 33 per cent rise in Tiger numbers to just under 3000 wild tigers – we can all celebrate the extraordinary turnaround that has happened in India.

The celebration is special given the fact that in saving a single iconic species a myriad of other creatures, big and small are also saved, together with all the vital nature-based services that forests and biodiverse landscapes provide for Indians and humankind in general, including clean air, climate stabilisation and clean water – to name just a few.

The MOEF and the wildlife guardians in the Forest Departments of many of the States have done a fantastic job in turning around the situation since the turn of the millennium, when many experts predicted the complete extinction of the Bengal tiger. This has been achieved with greater government focus, better protection and intelligence efforts, and more funding to parks – even though Government funding of Protected Areas is still well below real needs.

However, the one real difference has been the economics behind wild tigers –especially that driven by nature dependant tourism, or so called ‘tiger tourism’, and this is the one fundamental difference between conservation in the 1990’s and today in 2019. Let’s remember that tiger conservation efforts have been funded since the 1960’s and tigers had continue to collapse, but its only been in the last decade that nature tourism, specifically local and domestic tourism has really boomed and the result has been a new rural dynamic that has ensures a wild tiger is now ‘worth more alive than dead.’  Our own TOFTigers research highlighted that a single wild tigress in Ranthambhore was worth US$103 million to the government and local economy, over a single decade of her reign in the park. Such economic riches ensure politicians take note!

Many once marginalised and poor rural communities bordering India’s great wildlands, have experienced a huge economic uplift from the arrival of nature based activities besides many of the best known tiger reserves across India. The result has been new livelihoods and jobs, reduced poverty, new enterprises and opportunities for many bordering communities who were the victims of conservation efforts in the past and a complete behavioural change in their attitudes to large predators in their local landscape. Furthermore this new economy ensures more funding for parks from visitor fees (with entrance fees comparable with many parks across the globe), greater accountability of government officials, more political pressure and millions of domestic visitors enjoying and understanding their own nature heritage. This is a massive win for conservation and political support for conserving wild landscapes and their dangerous predators in a land with 1.3 billion people.

“I believe this is the real triumph in India, it’s what I have called ‘Tigernomics’ and it is the single biggest reasons why tigers are still surviving in the Indian subcontinent – and extinct or collapsing nearly everywhere else (South East Asia, Thailand, Burma, Indonesia, Malaysia, China etc). However this economy needs to be better managed,” Julian Matthews, Found & Executive Chairman, TOFTigers, said.

The needs of the hour now is to use this new economy – ecotourism – with far greater vision, with better planning based on longer term sustainability and greater local stakeholding  – guidance that the industry has failed to be given at this point – and is what the TOFTigers campaign, which was founded in 2004, has sort to provide on the Indian subcontinent over the last fifteen years.

We should hail this ongoing triumph in tiger conservation  – but recognise that there is still much work to be done to secure their long term future for generations to come.