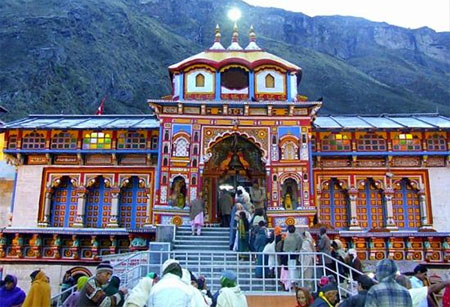 Badrinath Temple to close for public from November 17 onwards

One of the most pious and acknowledged Hindu shrines, Badrinath Temple in the Uttarakhand state is set to close for the public from November 17. Announcement about the same was made by the chief priest of the temple. The closure of the temple will mark the beginning of winter in the temple city and also the end of the Char Dham Yatra season. Badrinath is one of the 4 prominent sites of the Hindu pilgrimage. Located in the foothills of the Himalayan mountains, the temple town is not only a pilgrimage site but also a serene place. Pilgrims, along with spiritual satisfaction are able to witness the serenity of the place. Earlier in May this year, PM Modi also took a tour to the temple and offered his prayer. Lord Vishnu sits at the throne of the Badrinath or Badrinarayan temple. The temple notes huge pilgrim influx in the peak season.

While the Badrinarayan temple is closed on November 17, the pilgrims can offer their prayers to the presiding deities of the temple at other locations where they are worshipped during the winters. Badrinath Temple believed to be an ancient shrine is located in a tough motorable zone amidst sky-high mountains of the Himalayan range, which makes it nearly impossible to visit during the peak winters.

Badrinath temple is located along the banks of Alaknanda River (one of the main tributaries of the Ganga river), amidst Garhwal hill in the Chamoli district of Uttarakhand. According to the Shri Badrinath committee, Badrinath is one of the holy shrines among the 108 divya desams incarnation of Lord Vishnu.