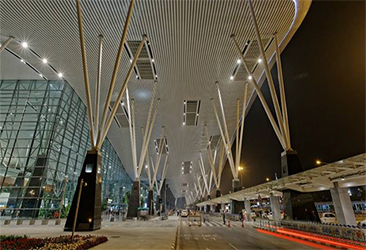 The Kempegowda International Airport, Bengaluru, has won this year’s SKYTRAX Award for Best Regional Airport in India and Central Asia. In a statement, Bangalore International Airport Ltd (BIAL) has said that the airport was voted by customers as the Best Regional Airport in India & Central Asia for the third time in four years at the 2020 World Airport Awards. “For an 11-year old airport to be named Best Regional Airport in India & Central Asia for the third time is a remarkable achievement for Kempegowda International Airport, Bengaluru. This award reaffirms our commitment to provide a world-class experience for our travellers at Bengaluru Airport with a slew of pioneering technology and sustainability initiatives. It is truly a fabulous reward for an extraordinary effort and commitment of the entire airport community that drives our Airport’s success,” said Hari K Marar, MD & CEO, BIAL. According to a press release, the Awards are based on the World Airport Survey questionnaires completed by over 100 nationalities of airport customers during the 6-month survey period. The survey evaluated the customer experience across airport service and product key performance indicators – from check- in, arrivals, transfers, shopping, security and immigration through to departure at the gate. In the previous SKYTRAX Awards, the Bengaluru airport was adjudged the best airport in India in 2011 and the second best airport in India in 2012.