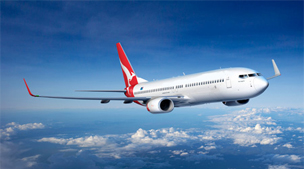 Airplane company, Boeing forecasts a whopping number for the planes that might be needed by India. The number stands at 1850 new planes that will cost around $265 billion. Dinesh Keskar, senior VP, Asia Pacific and India Sales, Boeing Commercial Airplanes released the company’s annual Current Market Outlook (CMO) for India in Mumbai, and said, “With the new aviation policy in place, we see even greater opportunities and remain confident in the market and the airlines in India. India continues to have a strong commercial aerospace market and the highest domestic traffic growth in the world.” Single-aisle airplanes like the Next-Generation 737 and 737 MAX will continue to account for the largest share of new deliveries, with airlines in India needing approximately 1,560 airplanes. These new airplanes will continue to support the growth of low-cost carriers and replace older, less-efficient airplanes. The report also says that traffic growth in India remains the highest in the world at 8.6 per cent and that domestic passenger traffic increased 21 per cent from 2015. It also mentions that low-cost carriers account for more than 60 per cent of all flights in India.