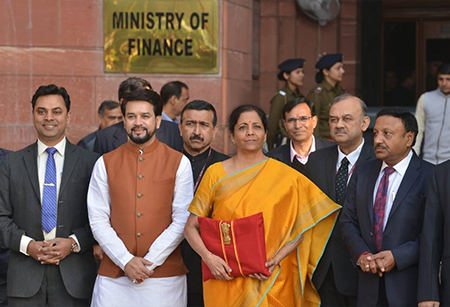 The Finance Minster said that more Tejas Express trains will be started to connect various iconic tourist destinations across the country. Introduced in May 2017, the Tejas-class trains are the country’s first semi-high speed fully air-conditioned trains with modern onboard facilities.

Currently, Tejas trains are operational on four routes in the country–Mumbai-Goa, Chennai Egmore-Madurai, New Delhi-Lucknow and Mumbai-Ahmedabad. The minister also announced setting up an Indian Institute of Heritage and Conservation under the culture ministry. The institute will offer disciplines such as museology and archaeology.

Apart from re-curation of the country’s oldest Indian Museum in Kolkata, four more museums will undergo renovation, the minister said. The government has also proposed setting up a tribal museum in Jharkhand and a maritime museum at Lothal, the Harrapan age maritime site near Ahmedabad by the ministry of shipping.

The government has selected five Archaeological sites that are to be set-up or developed as Iconic Sites with on-site Museums at the following locations. These sites are: