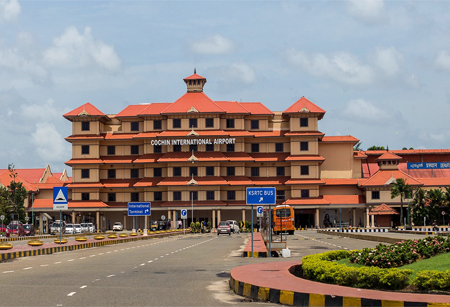 As per an official announcement, daytime flight operations at Cochin International Airport will remain suspended, starting from November 20, 2019. This is on account of a major re-carpeting work that will start in November and continue until March 28, 2020.

All airlines flying to and from Cochin (Kochi) have been instructed by Cochin International Airport Limited (CIAL), to reschedule their daytime services as there will be no flight operations between 10am and 6pm during the phase. Instead, the daytime flights will be shifted to night.

CIAL said in a statement, “CIAL has already intimated the airlines to reschedule the timetable for the period so as to provide the passengers who book in advance with the updated schedule. At present CIAL is handling 240 aircraft movements a day. As the majority of international flights operate from 6pm to 9am, the re-carpeting is not going to affect the international traffic in a big way. But around 35 of the domestic services have to be rescheduled.”

This is the second re-carpeting work for the Cochin airport runway — the first re-carpeting took place in 2009. The project will cost around 151 crore and will include re-tarring, maintenance and overhauling of entire stretch of the runway and taxiway among others. Additionally, Airfield Ground Lighting (AGL) system will also be upgraded. This will significantly improve the operational efficiency and aerodrome safety especially during low visibility and adverse weather conditions.