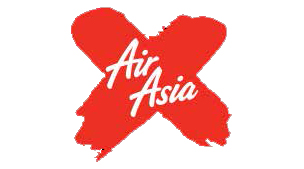 AirAsia X has been making an impact in the Indian skies, especially with the new announcement of four weekly flights on the KL-Delhi route, which is one of the most coveted directions for travellers. The company will relaunch flights to Delhi in the beginning of the year (February 2016), four years after it suspended its service on this route. The airline had earlier withdrawn from India in 2012, putting an end to its Delhi and Mumbai routes due to high operating costs. The carrier now sees a vast opportunity in the topography again. The Malaysian company has confirmed that it will start operating four weekly direct flights between Kuala Lumpur and Delhi on February 3, 2016. Flights will depart KLIA every Monday, Wednesday, Friday and Sunday at 1900 hours, arriving in Delhi at 2200 hours, a short time for the travellers to connect between the two countries. The flight out of Delhi will leave at 2315 hours, arriving back in KL at 0730 hours the next morning. The flight time is approximately five and a half
hours. Like all other AirAsia X flights, this service will also be operated using a 377-seat Airbus A330-300 aircraft, offering flat-bed seats for the comfort of the business class travellers. Like many other economy flights in India, Air Asia marches along to cash on the growing consumer base of a young nation like India. The new flights also give an opportunity for travellers to span South East Asia more efficiently and quickly.