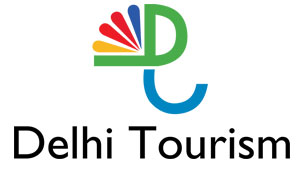 Delhi Tourism gets a 119 crore boost

The Government of Delhi is preparing a tourism policy and master plan for promotion of tourism and tourism infrastructure for Delhi Tourism. For this, the Delhi Government has earmarked a total expenditure of Rs 119 crore for Tourism sector in 2017-18. This includes revenue budget of Rs 69 crore and capital budget of Rs 50 crore. An amount of Rs 117 crore is earmarked for implementation of various schemes, programmes and projects under Tourism sector. With aim to promote Delhi as a film-shooting destination, the Delhi Government has proposed to introduce “Single Window Clearance Mechanism” for film making facility so that the legal formalities to shoot in the city can be completed by visiting only one Government Office. “Smooth system is being developed for granting permission to Film Producers and to provide them with consolidated information on guidelines for shooting and to make film shooting a hassle free experience,” said Manish Sisodia, Deputy CM, Government of Delhi, in his annual Budget speech for 2017-18. A Soft Adventure Park at the Garden of Five Senses and riverfront development of River Yamuna is also on the cards. “This will create a place that allows people to connect with nature and the River Yamuna. It will also help spread awareness about the importance of the River and its protection and mobilize people towards the improvement of the River,” he said.