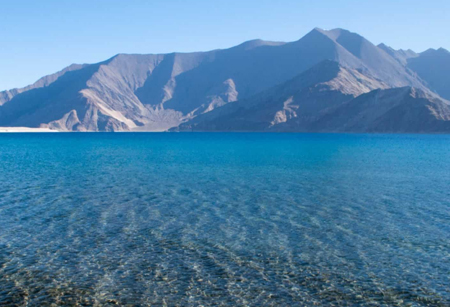 The Local authorities have decided to ban camping at Pangong lake completely. This will be applicable for campsites and self-camping both.  Campsites owners have been instructed to not bring up any more constructions near the lake, either temporary or permanent. People planning to self camp as well will not be allowed to pitch their tents anymore. The picturesque Pangong Lake, which falls under Changthang Cold Desert Wildlife Sanctuary.

This step has been taken in order to prevent degradation of the lake by taking well planned, sustainable and scientific steps. After the recent boost in tourism in Ladakh, several camps, restaurants, huts have come up along the banks of Pangong. Most of these structures are illegal and have been set up without any permission. Too many tourists and too many campsites has resulted in an increase in all kinds effluents and contaminants; which poses a serious threat to the very existence of the lake; as well as the wildlife around.