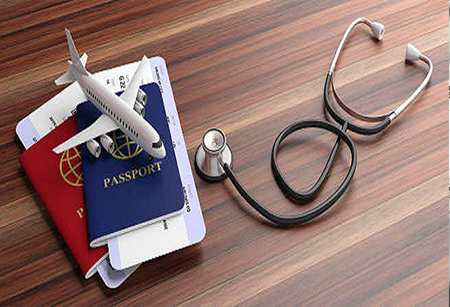 The Union Home Ministry recently announced that foreign visitors coming to India can avail treatment anywhere in the country without procuring a medical visa. However, treatment of diseases requiring an organ transplant would be permitted only on submission of a medical visa. The ministry said in a statement that indoor treatment can be taken on primary (original) visa for pre-existing diseases, which the foreigner may have been suffering from even before his/her entry into India and for ailments that were in his/her knowledge.

This decision has come in the wake of some foreigners already possessing valid visas but facing difficulties in getting medical treatment in the event of their falling sick during their stay in India. They were being advised by some medical centres or hospitals to get their visas converted into medical visas before getting admitted, the ministry statement added.

In 2018 the procedure had been revised with the central government exempting foreigners from converting their primary visa into medical visa for obtaining indoor treatment of up to 180 days for seeking admission in a hospital wing owing to illness.