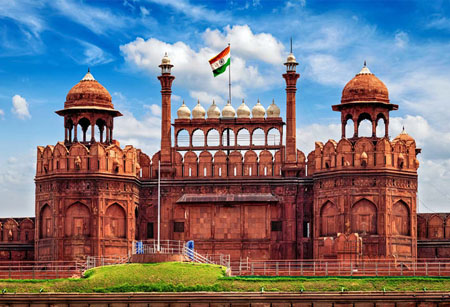 A cap frequently worn by Subhas Chandra Bose was presented to Prime Minister Narendra Modi by his nephew, Chandra Kumar Bose, on Netaji’s 122nd birth anniversary on Wednesday. The cap can be seen by visitors at a new museum at Red Fort dedicated to the life of the nationalist leader and his Azad Hind Fauz movement.

The museum was among the four, all sited in the colonial-era barracks at Red Fort, inaugurated by the PM on Wednesday. From February 1, when the museums open their door to the public, visitors to the iconic Mughal edifice can go on a trip through key moments of Indian history and revive memories of the freedom struggle while paying tribute to the patriots.

The eight barracks were built by the British to accommodate officers after occupying the fort post 1857. These double-storey buildings have been preserved by Archaeological Survey of India as part of Red Fort’s history and developed into museums.

ASI officials said all the museums will be ticketed, though a decision on the price of admission is yet to be taken. It is also not yet decided whether a single ticket will allow entry to all four museums or whether there will be separate norms for each. Earlier, one could access the old museums in Red Fort for a mere Rs 5. Presumably, the new ticket rates will not be very different from that.