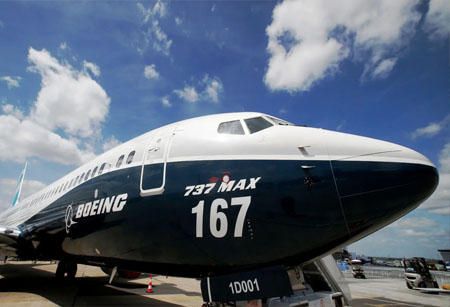 After deciding to ground the Boeing 737-MAX 8 planes operated by Indian airlines, DGCA has now decided to ban overflying of the aircraft which will also restrict take off and landing of the 737 MAX 8 planes in the Indian territory. “No B737 Max aircraft will be allowed to enter or transit the Indian airspace effective 1600hrs Indian time or 1030 UTC (Universal Coordinated Time). The timeline is to cater to situations where aircraft can be positioned at maintenance facilities and international flights can reach their destinations,” the civil aviation ministry said in a post on Twitter.
Amid global backlash following the crash of an Ethiopian Airlines flight last week, US and major European nations, including Britain, Germany and France, have also suspended operations of the aircraft.
Meanwhile, SpiceJet has decided not to take further deliveries of the plane till the safety concerns are sorted out. The airline has as many as 205 B737 MAX on order.