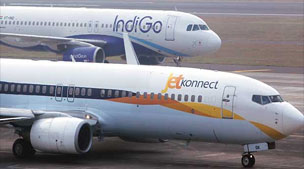 India opens its skies to 6 nations

India has signed open skies agreement with six countries. Jamaica, Guyana, Czech Republic, Finland, Spain and Sri Lanka will be the nations that will enjoy an open skies agreement. This was signed at the International Civil Aviation Negotiations (ICAN) 2016. The agreement allows unlimited number of flights to six metro airports namely Delhi, Mumbai, Hyderabad, Kolkata, Bengaluru and Chennai. R.N. Choubey, Secretary, Civil Aviation mentioned that 106 countries out of ICAO membership of 191 countries attended the conference. India held negotiations with 17 countries and ‘Memorandum of Understanding’ was signed with 12 countries. India resolved major issues at these negotiations as per the directions in National Civil Aviation Policy (NCAP 2016). Firstly, India renegotiated traffic rights with Oman increasing the entitlements with 6,258 seats effective from Summer 2017, as the existing entitlements were nearly exhausted. The points of call remained unchanged. India agreed with Saudi Arabia to increase the capacity by 8000 seats per week from IATA season when Indian carrier’s utilization reaches 80 per cent. This was in response to the needs of increasing traffic between the two countries where Indian carriers have been utilizing open sky in Damman to mount more flights than the Saudi Arabian side. Indian also agreed with Ghana to increase the present allocation of 2 frequencies to 7 frequencies per week to encourage connectivity between the two countries. This arrangement will facilitate better connectivity and travel between India and the six countries.