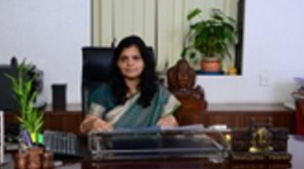 The Ministry of External Affairs will organize the country’s first SAARC Tourism Summit in Aurangabad, Maharashtra, in the second week of  October. The FDI under Make in India and Make in Maharashtra schemes, are also being looked at an opportunity to tap during this two-day summit. The chosen destination Aurangabad makes the fit, since it resonates the culture and tourism in India. The Ajanta-Ellora caves have always remained the biggest tourism attraction among foreigners and Indians. The historical silk route and the Buddhist circuit cut through here. These things make Aurangabad as the choice of venue. “The Department of Tourism (DoT) is trying to seek appointment of Prime Minister Narendra Modi to inaugurate the event. On the first day, officials from SAARC (South Asian Association for Regional Cooperation) countries, which include Afghanistan, Bangladesh, Bhutan, India, Maldives, Nepal, Pakistan, and Sri Lanka, would attend the conference. On the second day, the ministers of tourism from these countries and from Indian states would participate.” by Valsa Nair Singh, IAS, Principal Secretary Tourism and Culture, Government of Maharashtra said.