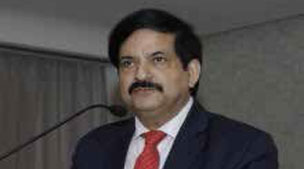 India sets out to achieve 10% growth in tourism

Given that the country was able to witness a growth of 6.8 per cent in Foreign Tourist Arrivals (FTAs) during  January 2016, Vinod Zutshi, Secretary – Tourism, Govt. of India, is not over ambitious to expect inbound tourism to flourish in 2016. “We are aiming at a 10 per cent growth in FTAs this year. February 2016 alone received a total
of 1,17,210 tourists visiting India on e-Tourist Visa (eTV), recording a growth of 369.1 per cent month on month- the effects of eTV will be observed this year,” he said, commenting on the pattern. With the growth in footfalls in the country, there has also been a strong movement in upgrading hospitality facilities and sprucing up of public places. Much of the traffic can be attributed to the electronic visa that 150 countries can avail to enter India.