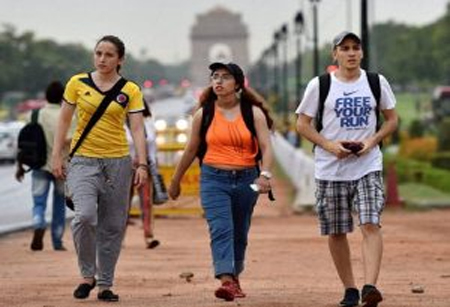 India witnesses 6.17% increase in tourists from the USA

The Ministry of Tourism has stated that the Foreign Tourist Arrivals (FTAs) in India from the USA during 2017 have registered a positive growth of 6.17 per cent over 2016. Since 2010, the number of FTAs from the USA in India has never declined. However, it has been observed from the report of National Travel & Tourism Office (NTTO), USA, that outbound tourists from the USA to India have declined by 7 per cent in 2017, as compared to 2016. The figures of outbound travellers in the report are 1,195,000 and 1,111,000 for the years 2016 and 2017, respectively. In the said report released by NTTO, it is also mentioned that traveller volume is based on the US Department of Homeland Security Advanced Passenger Information System wherein all airlines are required to electronically submit passenger data on flights arriving into and departing from the United States.