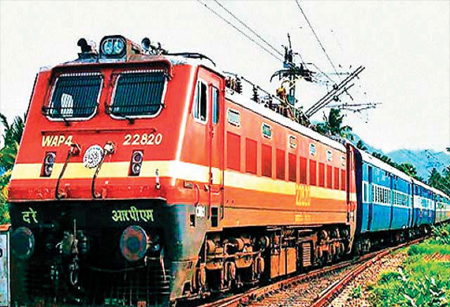 The Indian Railways plans to use aircraft-like pressurised coaches in its trains for the Bilaspur-Manali-Leh line along the India-China border, which will be the world’s highest rail track, so that passengers do not have breathing difficulties on board.

Aircraft cabins are pressurised because the air is very thin at the altitude planes fly. To prevent complications, the cabins of many aircraft are adjusted to near sea-level pressure, which makes breathing almost the same as at sea level. In order to do this, the train cars have to be pressurised, to ensure that all of the passengers do not finish their journey with severe cases of altitude sickness. Chief Engineer (Construction), Northern Railway, D R Gupta has explained that in the high altitude trains, two kinds of systems are used to maintain oxygen levels – one is through the main controls which maintains standard oxygen levels and gets switched on at high altitude areas and the other is through oxygen ports equipped for each passenger to use when they feel that they lack oxygen.

The line, once completed, will connect important locations between Bilaspur and Leh like Sundernagar, Mandi, Manali, Keylong, Koksar, Darcha, Upshi and Karu and other important towns of Himachal Pradesh and Jammu & Kashmir en route. The project will include 74 tunnels, 124 major bridges and 396 minor bridges, according to the first phase of the survey.