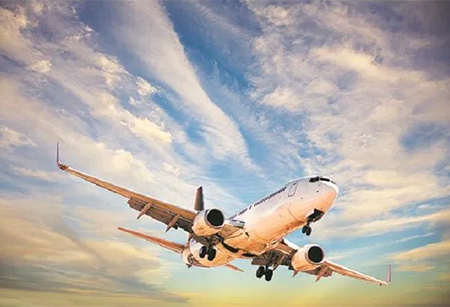 India’s largest airport, the upcoming Jewar Airport in Uttar Pradesh, is all set to be developed as a world-class facility by Zurich Airport International AG. Apart from the Swiss company, Adani and GMR-led Delhi International Airport Limited (DIAL) and two other firms took part in the financial bidding to build Delhi-NCR’s third airport. Jewar Airport, which is touted as India’s biggest airport when it is fully built, will come up in Uttar Pradesh’s Gautam Buddh Nagar district, as per a PTI report. Delhi-NCR already has two airports- the Indira Gandhi International Airport (DEL) in Delhi and Hindon Airport (VIDX) in Ghaziabad.

The Jewar Airport or the Noida International Greenfield Airport will be built over 5,000 hectares. The airport will be built at an estimated cost of Rs 29,560 crore, the project’s nodal officer Shailendra Bhatia was quoted as saying in the airport. Zurich Airport International AG was selected after it emerged as the highest bidder for developing the Jewar airport during the financial bids.

Four firms- Anchorage Infrastructure Investments Holdings Limited, DIAL, Adani Enterprises Limited, and Zurich Airport International AG were selected for the financial bids after they cleared the technical criteria. During the financial bids, held at Noida International Airport Limited (NIAL) office, the selection for concessionaire was done on the basis of premium per passenger (pax) offered by these aforementioned bidders. While Anchorage Infrastructure Investments Holdings Limited offered Rs 205 per pax, DIAL offered Rs 351 per pax, Adani Enterprises Limited offered Rs 360 per pax, and Zurich Airport International AG Rs 400.97 per pax, according to the airport.

Zurich Airport AG stated that during the first phase, the capital investments are expected to be worth CHF 650 million or around Rs 4,657 crore. The first phase of the airport will be constructed in four years. During the first phase, the airport will be spread over 1,334 hectares. During the first phase, 12 million passengers per year will be accommodated, the report said. Zurich Airport AG is currently constructing as many as eight airports in South America. Among them, four airports are in Brazil, two in Chile, one each in Bogotá and Curaçao.
Uttar Pradesh government has entrusted the NIAL as the nodal authority. The NIAL floated a global tender for constructing Jewar Airport on May 30, this year.