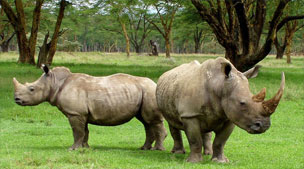 Kaziranga to be open for 8 months in the year

Wildlife enthusiasts can rejoice as the Government of Assam, Tourism Department has declared to open the Kaziranga National Park from the first week of October this year till middle of May 2017. Earlier, it was from November 1 to April 30 every year. The BJP-led government is taking steps to keep the Park open for the tourists for eight months instead of the normal six months with an aim to increase tourist inflow to UNESCO’s world heritage site, which suffered due to the recent floods. The recent floods in the state as massively affected the tourism and this is likely to boost.