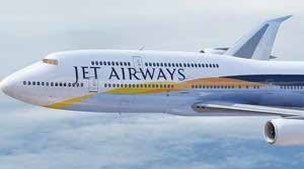 As a result of a new codeshare with Delta Air Lines and KLM Royal Dutch Airlines, Jet Airways will be flying daily from Mumbai and New Delhi to Amsterdam starting March end. Jet will now treat Amsterdam as its new hub in Europe, abandoning Brussels, which was previously the base. Customers travelling from Europe and the United States via Amsterdam to India and beyond would now get a new convenient option. Jet Airways will place its code on flights between Amsterdam and 11 destinations in the United States and Canada operated by Delta and KLM. These include, New York- JFK, Newark, Chicago, Washington D.C., Houston, San Francisco, Los Angeles, Vancouver, Calgary, Montreal and Edmonton. Jet Airways will also codeshare on KLMoperated flights to 30 European destinations beyond Amsterdam including Madrid, Zurich and Milan. KLM’s service between Amsterdam and New Delhi also forms part of this agreement. On the other hand, Delta and KLM customers flying from Europe and the United States to Amsterdam’s Schiphol Airport will be able to connect onto Jet Airways’ new daily flights to New Delhi and Mumbai. Onward destinations that include Hyderabad, Bengaluru, Chennai, Ahmedabad, Kochi and Goa.