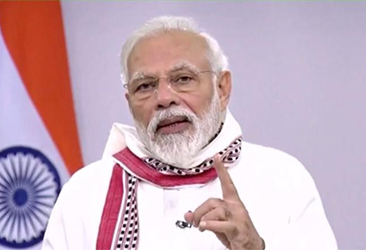 PM Modi extends national lockdown till May 3, next one week crucial in Covid fight

Prime Minister Narendra Modi announced an extension of lockdown till May 3. Emphasising the importance of the next one week in the fight against coronavirus, he appealed to all the countrymen to stop the spread of the Covid-19 disease to newer areas.

PM Modi said that certain relaxations can be given in those areas that have shown promise in fighting the disease. An assessment will be done for the next one week of all the blocks, districts and states based on which the relaxations can be given. Most of the chief ministers favoured the extension of the lockdown. On their own, a number of states have already announced the extension. States like Maharashtra, Odisha, Delhi, Telangana, Punjab and Tamil Nadu have announced the extension till April 30. The 21-day national lockdown was scheduled to end today on April 14.