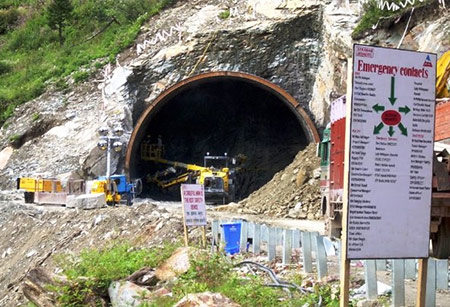 Rohtang tunnel likely to become operational by May 2020

Latest reports suggest that the 8.8 km long Rohtang tunnel that is being built on Leh-Manali highway might soon become operational. An official spokesperson informed this, further adding that utmost efforts are being made to make this tunnel operational by May 2020.

Once inaugurated, this tunnel will become one of the longest road tunnels in the country, being built at an elevation of 10171 ft under the Rohtang Pass. And with the opening of this tunnel, it will reduce the distance between Lahaul-Spiti’s administrative centre Keylong and Manali by around 45 km. This will also help the Leh-Manali highway to remain open to traffic even during winters, thereby benefitting residents of Himachal Pradesh’s tribal district Lahaul-Spiti and newly formed union territory, i.e., Ladakh.

Rohtang Pass remains open to road traffic for only five months in a year, as it receives heavy snowfall during the winter months. Therefore, this tunnel is looked upon as a hope to ease the travel of both locals and tourists.