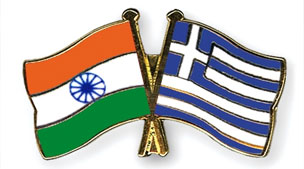 Skies open up between India and Greece

India and Greece have signed an open skies agreement which will allow airlines from India to operate unlimited number of flights to Greece while Greek carriers have been granted unlimited traffic rights to six Indian metro cities which are Delhi, Mumbai, Hyderabad, Bengaluru, Kolkata and  Chennai. This means that the Indian traveller and the Greek traveller can now look forward to easy access to either countries. Right now the  connection is poor as there are no direct flights. Rajiv Nayan Choubey, Secretary, Ministry of Civil Aviation, Government of India, said “Greece has become the first country to have an open sky agreement with India under the new policy,” India had entered into an open skies agreement with the US and Britain earlier. The open skies with Britain covers airports excluding London Heathrow.