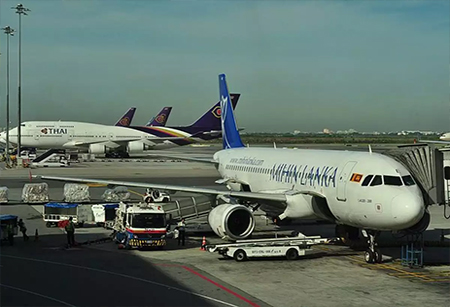 A special presidential task force appointed in Sri Lanka to overlook all COVID-19 related matters has proposed to President Gotabaya Rajapaksa to re-open the country’s international airport for foreign tourists from Aug. 1. The task force said all measures would be based on international and local health guidelines. President Rajapaksa said there was a possibility for Sri Lanka to be at the forefront of tourism revival provided a well-planned strategy is in place. Future steps should be taken under the guidance of tourism and health professionals on a priority basis. Under the first phase, it was decided to open hotels and restaurants registered under the Tourism Development Authority for in house dining. Based on its progress, steps will be taken to gradually open unregistered eateries under the assistance and supervision of the Army and Public Health Officers, the statement said. The president further advised relevant officials to set up tourists police units comprising those who are fluent in foreign languages giving priority to popular tourist destinations. Sri Lanka shut its international airports in March for all passenger arrivals to prevent a further spread of the COVID-19 but continued with passenger departures. Sri Lanka has so far recorded over 1,300 positive cases of the virus with 10 deaths.