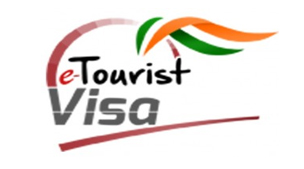 Unstoppable growth in footfalls with eTV

As many as 68,487 tourists arrived in July 2016 on e-Tourist Visa (eTV) as compared to 21,476 during the month of July 2015 commanding a growth of 218.9 per cent. International tourists visiting India last year in 2015 has been surpassed in the first six months of the current calendar year 2016. During January- July 2016, a total of 5,40,396 tourist arrived on e-Tourist Visa as compared to 1,47,690 during January-July 2015, registering a growth of 265.9 per cent. This high growth may be attributed to introduction of e-Tourist Visa for 150 countries as against the earlier
coverage of 77 countries. UK, USA and France lead these numbers, followed by UAE, China, Spain, Australia, Germany, Canada and Netherland. New Delhi remains the busiest port of arrival amongst all the cities in India. Not a surprise, given that it is the capital of the country.