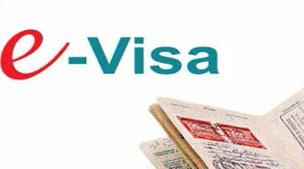 Upswing in the Travel Trade

With the new government’s travel agenda being strongly focussed towards trade, higher footfalls and safety, the first heartening news came in the sphere of online visas. Dr. Lalit K Panwar, Secretary, Tourism, Government of India announced the launch of eVoA (e- visa on arrival), under which 10,000 Indian Visas have been issued online. Additional facilities include a toll free tourist helpline. The roadmap will include suggestions from the industry stakeholders that are directly impacted by the policy. In order to drive the industry forward and grow it in leaps and bounds, it is imperative to bring about changes to the policy that was generated more than a decade ago in 2002. With the dynamic and rapid change in the industry, a step towards online visas is refreshing and welcome. With the rail budget announced in end of February, travellers can breathe a sigh of relief as no fares have been increased. New trains will be introduced only after assessment. Even in the rail sector, there is a clear leaning towards e-solutions.