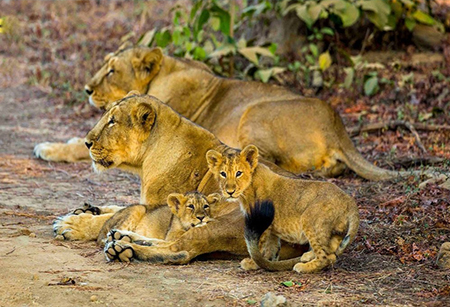 Vijay Rupani, Chief Minister of Gujarat, has said that the government will form tourism circuits by connecting various destinations associated with pilgrimage, wildlife and beaches in the state as part of delivering a world-class tourism experience to travellers. The CM was speaking after launching tourism projects worth INR 127 cr in the state.

The projects which were launched yesterday through e-conferencing included work at Uparkot Fort in Junagarh District, Raiyali Museum Phase-II, among others.

Union Tourism Minister, Prahlad Singh Patel also joined the e-conference and joined the inauguration of the new tourist facilities developed in Somnath Temple with the Central assistance of over INR 45 cr under the PRASAD scheme of the Ministry of Tourism, Government of India. The project included revamping the parking facilities, solid waste management, etc.

Speaking on the occasion, the Chief Minister said, “The Gujarat government is mulling developing a tourist circuit involving pilgrim places, beaches in Saurashtra and the pride of Gujarat, lions of Gir forest and chalk out a circuit surrounding all these places. Pilgrim places like Jyotirling Somnath and Girnar hill, historical places like Uparkot, the beaches of Somnath and lion sighting in Gir Lion Sanctuary in Saurashtra.”