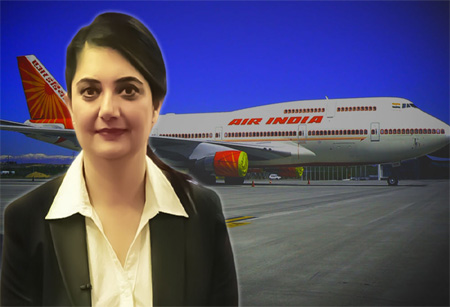 Breaking the glass ceiling of Indian aviation, a woman has become the CEO of a scheduled passenger Indian carrier for the first time with the government appointing Harpreet A De Singh to the position for Air India’s regional subsidiary Alliance Air.

AI chairman and managing director Rajiv Bansal issued an order on 30th October saying Singh “will hold the charge of Alliance Air CEO post till further orders.” Captain Nivedita Bhasin has also been asked to head several other departments given her experience.

Alliance Air is not being sold off with the Air India-AI Express-AISATS combine and will remain a PSU for now. AI’s old Boeing 747s will be transferred to Alliance Air, which currently has a fleet of turboprops, if the Maharaja gets a buyer and is privatised.

Erstwhile Indian Airlines was the first here to hire women pilots in the early 1980s. Captain Saudamani Deshmukh was among the first woman commander (of a Fokker Friendship) in India. While global average of woman pilots has been 2-3%, India has been at over 10%.