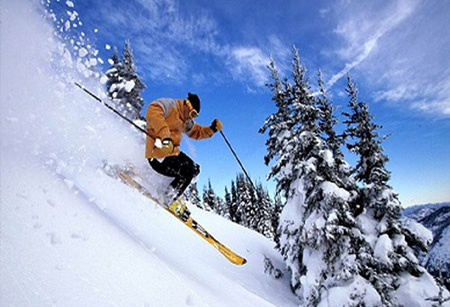 The Ladakh administration will be setting up a snow ski institute along with other adventure sports facilities in Kargil district similar to Gulmarg’s Institute of Skiing and Mountaineering (IISM) to promote winter sports in the Union Territory, an official spokesperson said.

“A winter sports institute would be established in Kargil district on the lines of IISM Gulmarg. It was also decided to identify and earmark snow ski slopes at Naktul area near Kargil town, Lamochan and Goshan area in Drass besides Sankoo and Panikhar areas,” the spokesperson said.

The meeting had a threadbare discussion regarding the identification of suitable sites for winter and adventure tourism, the spokesman said, adding that the LAHDC chairman assured that he would direct the authorities of the revenue department to identify land at the suggested areas and submit the report to the Tourism ministry in the coming days.